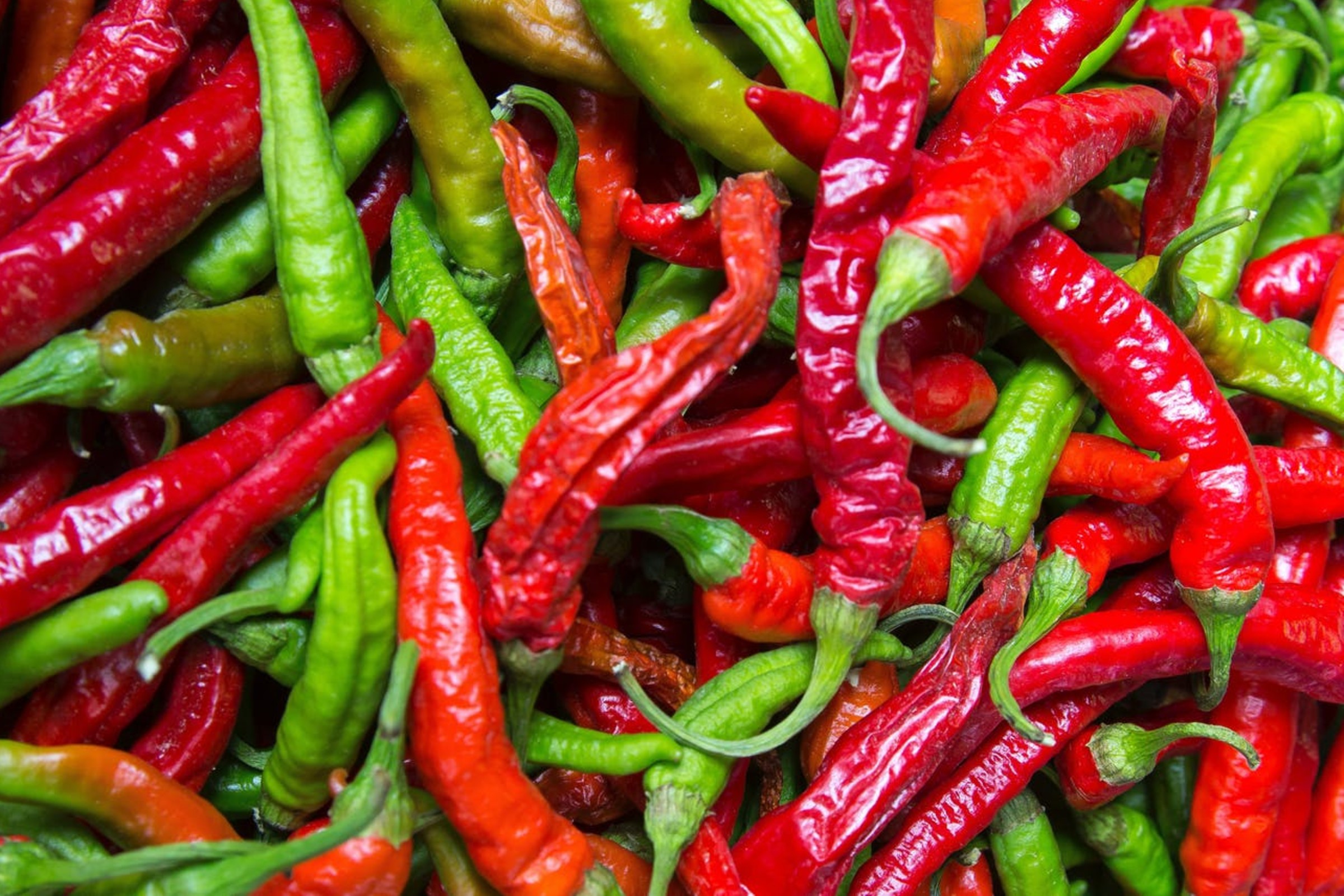 What is Cayenne Pepper?

Cayenne pepper is a common ingredient that you’ll find in many of the foods you regularly eat. It’s primarily added to dishes to give them a bit of a kick, giving many popular meals a spicy flavor. As a type of chili pepper, it’s very versatile for cooking.

It gets its name from Cayenne, the capital city of French Guiana, where the pepper was thought to be first used.

You can use it to make anything from fish tacos to curries and even some desserts. Cayenne actually means pepper, so cayenne pepper literally means ‘pepper pepper’!

The chili family is very large, yet cayenne pepper is one of the most frequently used in cuisine around the whole world. In this article, we take a look at what it’s used for and all the health benefits of cayenne pepper.

The active ingredient that gives cayenne peppers these effects is capsaicin. Capsaicin has shown to assist vascular and metabolic health2 and the good news is that cayenne peppers are filled with it.

Cayenne pepper is also thought to have the ability to help burn fat. Because it’s a spicy ingredient, it can cause your body temperature to temporarily increase. This, in turn, can boost your metabolism and help to burn off more calories. For this reason, cayenne pepper can be classified as a thermogenic ingredient3.

Thermogenic simply means that it produces heat. There are many other foods which can promote a thermogenic response, such as garlic, turmeric, coffee and even green tea.

As a result, you’ll also see cayenne pepper (and many of these other ingredients) in many fat burning supplements. It’s a popular additive because it has many of the benefits we’ll outline below. It’s also a natural, non-synthetic ingredient which means it is not harmful.

1. It could burn fat and prevent hunger

We all know that snacking is the curse of the office worker. Getting through a 9-5 shift is hard enough without the temptation to graze throughout the day, particularly if your office has communal snacks. Luckily, cayenne pepper can help to reduce your snack cravings by making you feel full throughout the day.

Snacking less = less calories, which obviously means less fat. One study showed that you could eat as much as 16% less thanks to the effects of the capsaicin in cayenne peppers.4 Who wouldn’t want to cut out on those unnecessary calories?!

If you’re looking for more good news, then we’ve got you covered. Because not only can cayenne pepper reduce hunger cravings, it can also help to burn fat. As you may know, stomach fat, also known as visceral fat, can be really harmful to your health.

2. It could help relieve pain

Due to the presence of capsaicin, cayenne has also been shown to contain some anti-inflammatory properties. In fact, capsaicin is used as a topical cream for pain relief. This is because it is thought to reduce levels of Substance P (SP)6 – a neuropeptide associated with pain.

Note: You should avoid applying capsaicin cream to open wounds as it could cause burning sensations. 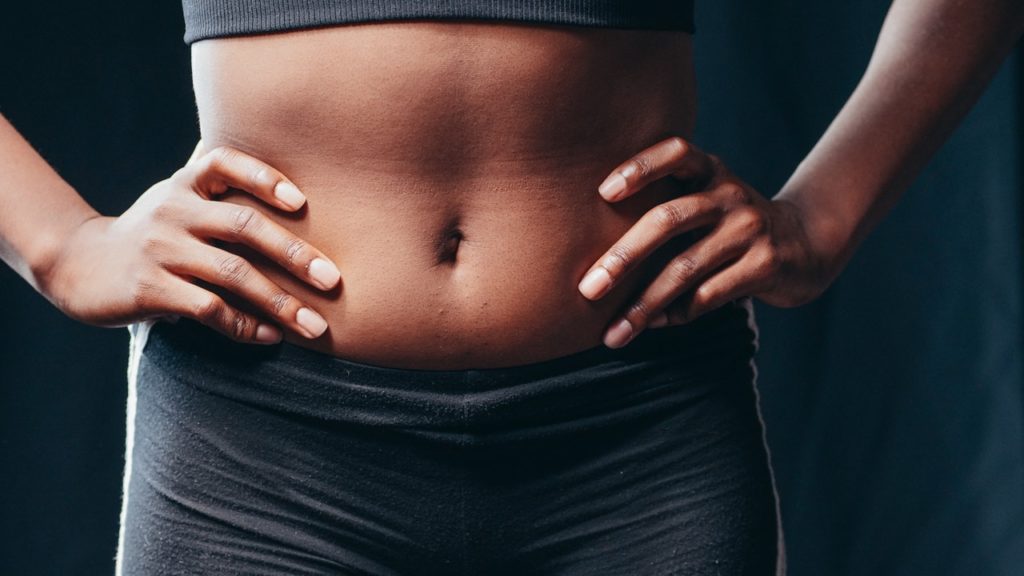 First, it could help fortify the stomach’s defense against infection – and it’s the active ingredient, capsaicin, which is once again the star of the show here.

Capsaicin is said to stimulate afferent neurons in the stomach7. One study by Satyanarayana, showed that this could lead to protection against “injury causing agents”.

Cayenne pepper’s active ingredient is also said to help the stomach produce more fluid, which is thought to deliver more digestion-promoting enzymes. This in turn could help the body break down food more easily and promote the absorption of vital nutrients.

Cayenne pepper is often used as a remedy for coughs, yet there is no published research to verify the fruit extract’s use for this purpose.

So now you’re wondering why we’ve included cold relief on this list – and we get that. But hear us out…

As we’ve already stated a few times in this article, cayenne pepper contains capsaicin. And research shows that the active compound is anti-inflammatory and boasts expectorant properties8. In other words, it could help break up mucus and soothe coughs.

Some anecdotal evidence suggests it works best as a cough remedy when mixed with apple cider vinegar and (sometimes) honey9.

It’s thought that capsaicin could also treat “non-allergic rhinitis” when applied as a nasal spray10.

Now – you may have noticed that spicy food can cause a runny nose (or make an existing one worse). It is also capsaicin that is thought to do this. Yet this initial mild irritation is said to be followed by a longer lasting period during which symptoms improve11.

Remember earlier in this piece when we said capsaicin has been shown to promote healthy digestion?

During the study, human subjects ate a meal containing cayenne pepper. The results? Blood sugar levels were lower, between 20 and 120 minutes after consumption. What’s more, a subgroup of people had eaten a cayenne-rich meal for one whole month prior to testing.

And afterward, subjects were found to be less sensitive to blood sugar. This suggests that long-term cayenne pepper consumption could help prevent diabetes (or ease the symptoms) and further speed up weight loss.

6. Said to reduce risk of certain types of cancer

According to the American Cancer Society, lung cancer is a “leading cause of cancer death among both men and women” in the United States13.

More specifically, most deaths are caused by the cancer spreading (metastasizing) from its original source to other parts of the body.

New research from Marshall University suggests capsaicin could inhibit lung cancer metastasis by “inhibiting the activation of the Src protein” 14.

According to the Centers for Disease Control and Prevention (CDC), 75 million of American adults – that’s 29% or 1 in 3! – suffer from high blood pressure15.

With this in mind, you might be interested to find out cayenne pepper may help reduce blood pressure. A lack of human studies exist, yet animal research suggests its active ingredient has great promise as a way to reduce high blood pressure.

One 2010 study by Yang et al focuses on capsaicin’s effects on mice16. This research shows that long-term consumption of capsaicin (and other spicy compounds) could increase nitric oxide (NO) production, which in turn may help dilate the blood vessels and reduce blood pressure.

Another study17 showed that capsaicin may also relax blood vessels in pigs. Again, this may reduce blood pressure – which leads us neatly to the next potential benefit of cayenne pepper…

8. Can protect the heart

Healthy blood pressure levels put less pressure on the heart, meaning it doesn’t have to work as hard to pump blood around the body18.

By clearing fatty deposits in the arteries, cayenne pepper could also help prevent blood clots, which may provide effective protection against heart attacks.

The UK’s NHS website describes psoriasis as a “skin condition that causes red, flaky, crusty patches of skin”. While the same article says there is no cure for psoriasis, capsaicin is thought to help reduce redness, patchiness and scaling when applied to the skin as a topical cream19.

Some research shows that chili peppers could “calm the gut”, which could lead to therapies for colitis and diabetes20.

10. May improve skin and hair health

When mixed with olive oil, cayenne pepper may “improve glossiness and fullness”, as well as hair growth.

A study from experts at Nagoya City University (in Japan) suggests that a blend of capsaicin and isoflavone “might increase IGF-1 production in hair follicles in the skin”21. The authors of the research say this might be due to “sensory neuron activation in the skin”.

Back in 2007, The New York Times claimed that capsaicin may provide relief for people who suffer from “chronic headaches”22. And digging a little deeper, this appears to be confirmed by The National Headache Foundation (NHF)23.

The NHF cites a study by Alexianu et al, which investigated the effects of capsaicin on 18 adult human subjects suffering from migraines or severe headaches. During the study, 13 of the 18 patients (72%) reported “complete pain relief”24.

An ever-increasing body of research suggests that cayenne pepper may be safe to take by mouth, when applied to the skin and when used in the nasal passage25.

However, it may cause the following side effects:

When taken by mouth

When applied to skin

There is a wealth of evidence highlighting how cayenne pepper offers an array of potential benefits – much of which is backed by science. You can see why we include this amazing ingredient in Instant Knockout Cut!

The only bad thing we can say about cayenne pepper? Well, you need to be careful if you’re taking anticoagulants or antihypertensive drugs, because when mixed with cayenne pepper, this could lower your blood pressure too much.

Phew! There’s a lot to go over here. There are many health benefits of cayenne pepper. The undoubted star behind cayenne pepper’s many prospective perks is capsaicin – the active compound that is said to promote everything from weight loss and hunger control, to relief from migraines, improved digestive health, suppression of cold symptoms and improved skin and hair health.

In addition, cayenne pepper (or its active ingredient) can be used as a food supplement, topical cream, nasal spray or condiment.

Looking to add cayenne pepper to your diet? Or perhaps you want to kickstart your metabolism with the ingredient? Try Instant Knockout Cut – the #1 fat burner to sports pros! In the formula, cayenne pepper works alongside well-known thermogenics green tea and caffeine to help you feel the burn and boost your body’s fat shredding potential. 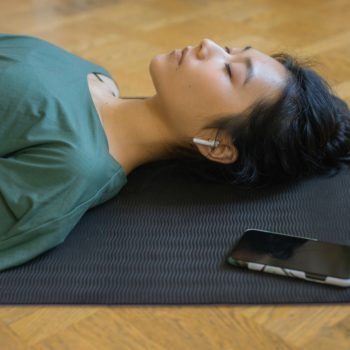 How to relieve stress 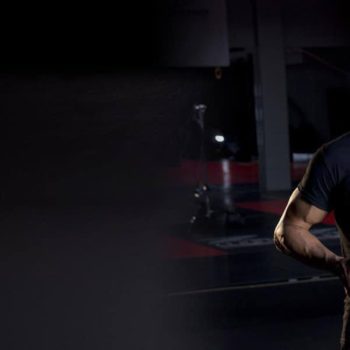 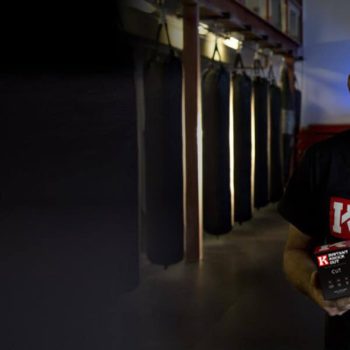