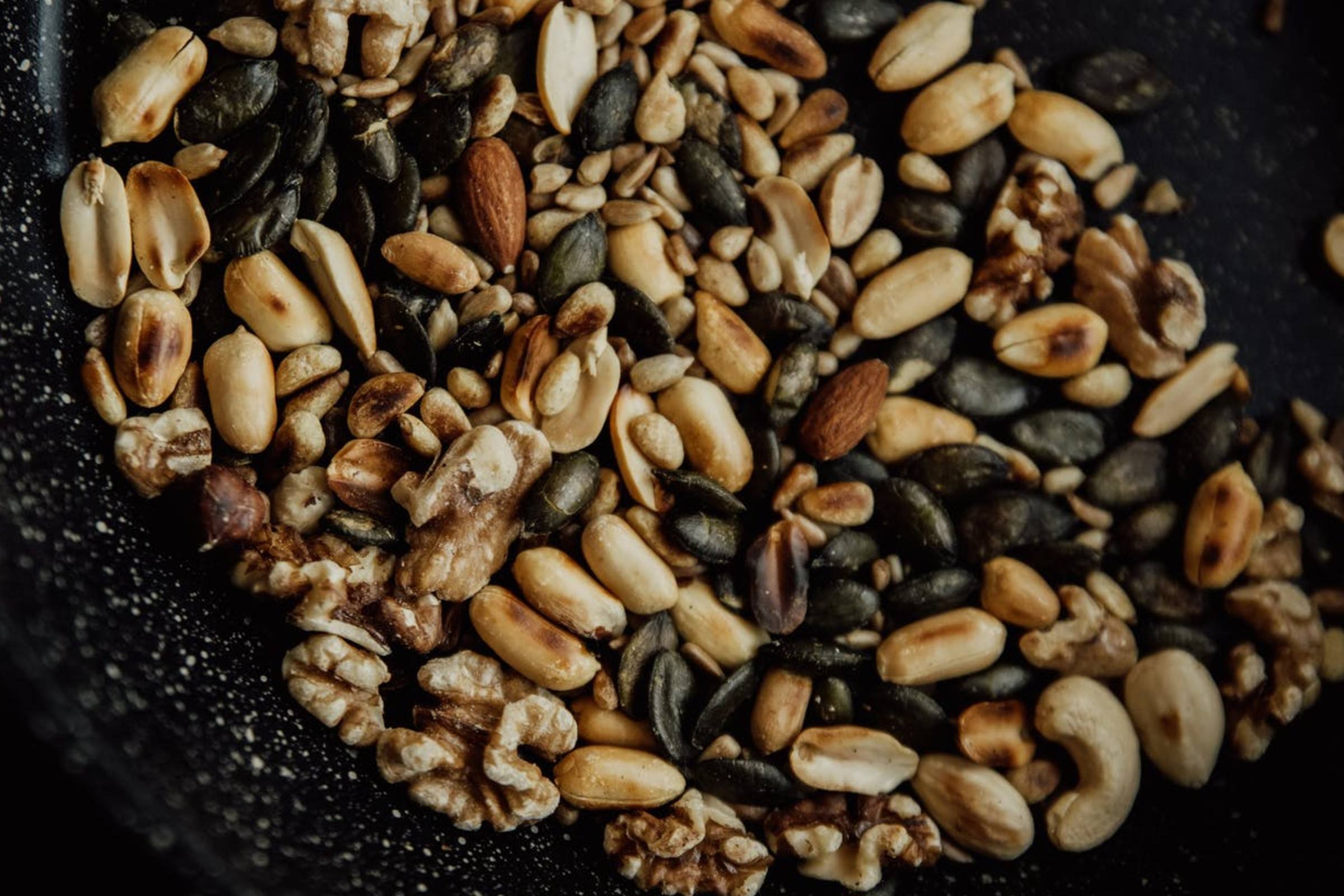 Every other day it seems like a new ‘miracle’ fat-burning ingredient or food hits the shelves.

And no wonder! The diet industry is big business, which is why companies are continually scrambling to include the latest fad ingredient or food on supermarket shelves.

But some of the foods labeled fat burners aren’t backed up with research. On the other hand, many ingredients have decades of published studies behind them – but which ones?

Here at Instant Knockout Academy, we want to help you make sense of it all. We take a look at the best natural fat-burning ingredients and foods you should look for when looking to lose a bit of extra stubborn weight.

Misconceptions in the diet industry

Before we get into specific fat-burning foods or ingredients, it may be a good idea to make a few things clear.

Traditional ‘wisdom’ says that saturated fat and cholesterol are bad for both your health and for weight/fat loss. But the truth appears to be a lot more complex…

The truth about fat

Saturated fat was blamed for the rise in heart disease and obesity during the 20th century1.

But data now suggests the obesity epidemic became more of a problem as the government’s low-fat recommendations hit their peak2. While correlation doesn’t necessarily equal causation, more recent research shows foods that are naturally high in saturated fat could also be very nutritious3.

You may not need to fear cholesterol

Much of the reason for saturated fat’s vilification is that it is thought to raise cholesterol, which has been linked to the rise in heart disease. However, a 2016 study suggests there may be no link between cholesterol and cardiovascular issues4.

But bad fats do exist…

While saturated fats aren’t necessarily anything to worry about, experts say artificial trans (hydrogenated) fats are more likely to increase belly fat5. However, trans fats are artificial, which means they aren’t an issue for this piece – we’re talking about natural ingredients here.

Why sugar could be the real enemy of weight loss

According to an article in The New York Times, the “sugar industry shifted the blame to fat” for obesity and heart disease in a 1967 study6.

However, more recent research suggests that a diet high in sugar could help raise the risk of weight gain and increased body fat. With this in mind, it may be wise to avoid fruit juices – which although natural, are also full of fructose (natural sugar)7.

Now we’ve clarified the results of the latest research, let’s take a look at some of the best fat-burning ingredients and foods below…

There are hundreds of fat-burning ingredients and foods on the market – but it’s fair to say that not all are made equal.

It’s also worth noting that ‘natural’ doesn’t always equal better. That being said, you should know the right natural foods and ingredients that COULD help you lose weight. By making the right choices, you have the potential to shrink your waistline in less time.

Let’s see which foods could help.

Once dismissed for their cholesterol content, eggs are emerging as a key weight-loss food that are full of protein and healthy fats.

In one eight-week study, subjects who had eggs for breakfast lost more weight than those who ate bagels8. Here are a few reasons why eggs are such a great fat-loss food…

Eating a high-protein diet has been shown to promote fullness and reduce appetite9, which in turn is said to promote weight loss.

One large egg contains 6g of protein. And when you consider that the average adult man needs 56g of protein per day, this means that three eggs could provide 32% of daily protein needs10. In other words, eggs have the potential to make you feel fuller and reduce the amount of food you eat.

Rich in nutrients and low in calories

Eggs are a source of vitamin D. The nutrient has been shown to boost testosterone, which in turn is said to promote weight loss11.

Eggs are also a source of choline, which has been evidenced to boost the metabolism and speed up fat loss12.

Colorful vegetables are loaded with vitamins and minerals. In particular, leafy green vegetables may be a great way to increase fullness without eating too many calories.

They’re also high in fiber, which could help the body make better use of carbohydrates to prevent it converting sugar into fat13.

The likes of kale and spinach are rich sources of vitamin C, which could help reduce stress – something which may be familiar to anyone who has been on low-calorie diet before.

Leafy green vegetables also contain thylakoids, which are said to bind to fat molecules14 and could help reduce the amount of fat the body is able to store. Thylakoids are also thought to promote a sense of fullness and reduce appetite15.

Oily fish is the richest dietary source of omega-3. These fatty acids are thought to help reduce inflammation, which could help shrink the risk of obesity16. Omega-3s are also thought to offer a wealth of other health benefits, like reducing blood pressure and lowering the risk of Alzheimer’s Disease17.

Salmon, mackerel, sardines and other oily fish also contains iodine, which is thought to help reverse the symptoms of a slow metabolism18.

In addition, oily fish is rich in protein, with 100g of Atlantic raw salmon providing 20g of the filling macronutrient19.

Chicken breast should be welcome in any decent fat-loss plan. Here’s why:

According to the United States Department of Agriculture (USDA), there are 133 calories in one three-ounce portion of lean chicken breast (cooked).

Half a skinned and boneless chicken breast (86g) provides 27g of protein. As we stated earlier in this article, a protein-rich diet could help you stay full and reduce the temptation to reach for unhealthy snacks.

Some research suggests that increasing the amount of protein to 25% of your daily calorie intake could reduce hunger cravings by 60%20.

Researchers have shown that chili peppers can increase the number of calories your body burns.

How? Well, chili peppers contain capsaicin – a compound that gives the spicy food its distinctive taste and smell, as well as its ability to make you sweat.

And it’s this capacity to heat up your body that gives the fruit its fat-burning fire. By heating up your body, capsaicin forces the body to burn more calories to return to normal temperature22.

With this in mind, adding just a sprinkle of cayenne powder to every meal could speed up fat loss.

But what if you don’t like the taste of chili?

Cayenne pepper extract is a common ingredient in fat-burning supplements. In theory, this means you could use it to help shed fat without having to endure the taste.

But does the chili pepper burn fat in supplement form? Some research suggests that it might. In one 12-week study by Rogers J. et al23, supplementation of cayenne pepper extract was shown to decrease percentage fat mass and body fat.

Green tea is packed full of antioxidants that make it one of the healthiest drinks on earth. Yet some of these antioxidants are also said to possess the power to help you burn fat.

The name of green tea’s key antioxidant? Epigallocatechin gallate (EGCG). Experts say that EGCG could prevent the body from inhibiting norepinephrine – a neurotransmitter which is said to increase fat breakdown24.

Could boost the metabolism

Green tea is said to increase the rate at which the body burns calories25.

It may be particularly potent as a fat burner in supplement form. This is thought to be because supplements contain a concentrated form of the nutrient – which could therefore provide more fat-burning power than it would as a beverage.

The study mentioned above suggests that those who take a green tea supplement could increase their calorie burn by 3-4%26.

For best results, it may be wise to look out for matcha. This form of green tea is believed to be three times stronger than the more common variant found in most supplements and drinks27.

Thought to reduce the appetite

Green tea contains both caffeine and catechins, which have been linked to hunger reduction28 and could help increase satiety (fullness) and reduce food intake.

Green tea also contains L-theanine – an amino acid that has been shown to promote relaxation and may help prevent the desire for comfort eating29.

Said to be the world’s most popular stimulant, experts estimate that 85% of adults in the United States consume caffeine in one form or another30. And if not you’re among these people, becoming one of the 85% may help you shift a few pounds…

May help you stay active

As a stimulant, caffeine could boost your energy levels, which is great for two main reasons:

First – if you’re cutting calories to lose weight, this could leave you feeling tired, flat and unmotivated. By raising your energy, caffeine is said to help reverse diet-related fatigue31.

Second – more energy is likely to boost your desire to be active. As exercise burns calories, it may also help you burn fast faster.

Caffeine has been shown to increase epinephrine (also known as adrenaline)32. This neurotransmitter is said to help the body use more fat as energy (rather than storing it and increasing body fat).

In other words, caffeine may help boost your metabolism.

Could help reduce the appetite

The available research appears to disagree on caffeine’s potential as an appetite suppressant. But while one study reports little or no effect on satiety33, another suggests caffeine could reduce ghrelin – a hormone related to hunger34.

Examples of beans and pulses are chickpeas, lentils and kidney beans. These foods are rich in fiber and protein, which is part of the reason they are said to increase fullness.

White kidney beans are said to slow down the absorption of carbohydrates35. This could stop the body from converting carbs into fat and prevent weight gain.

Kidney beans also contain molybdenum – a trace mineral which is said to boost the metabolism.

Kidney beans may help you burn fat, but what if you don’t like them? Well, we’ve seen a small number of supplements include white kidney bean extract in capsule form. This may be the answer if you want all the potential benefits with none of the taste.

Wholegrains are high in fiber and are thought to reduce cholesterol and fat in the blood. They are slow-digesting carbohydrates, making them less likely to cause sharp blood sugar increases, which in turn could help make you feel fuller and keep your hunger in check37.

Research published by the American Journal of Clinical Nutrition also showed that eating wholegrains could speed up the metabolism38.

The foods or ingredients listed above will never work miracles, but they COULD help you burn fat – especially when combined with the appropriate exercise regime.

You don’t need to add ALL of these best natural fat-burning ingredients or foods on this list to lose weight or cut fat – much of the point of this piece is to show you that a high-protein, high-fiber diet may help fill you up and stop the cravings for snacks.

Don’t worry too much about saturated fat – many foods containing it (such as whole eggs) are thought to be highly-nutritious fat-burning powerhouses. It’s arguably more important to watch (and possibly reduce) your sugar intake.

In addition, drinking a few cups of green tea and sprinkling a little cayenne pepper on evening meal could also raise your metabolism.

Supplementing your diet with these nutrients in capsule form may further improve your chances of faster fat loss. Meanwhile, caffeine is on hand to help raise your energy levels.

If you’re looking to take total control over your weight and accelerate fat loss, a supplement could offer the right kind of support.

More specifically, Instant Knockout Cut – a fat burner packed with thermogenic compounds, natural energy enhancers and hunger curbing fibers which could give you the competitive edge to get real results. 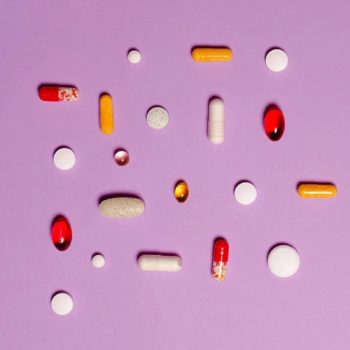 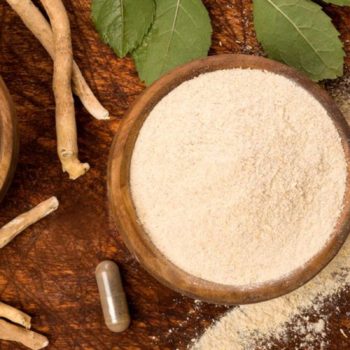 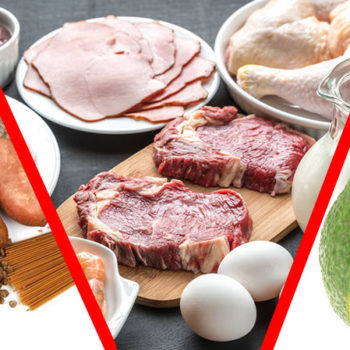 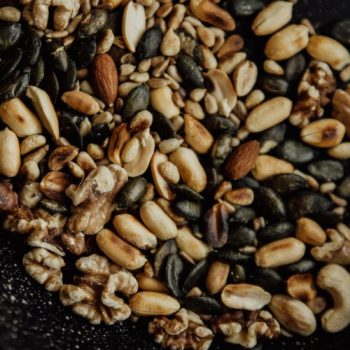