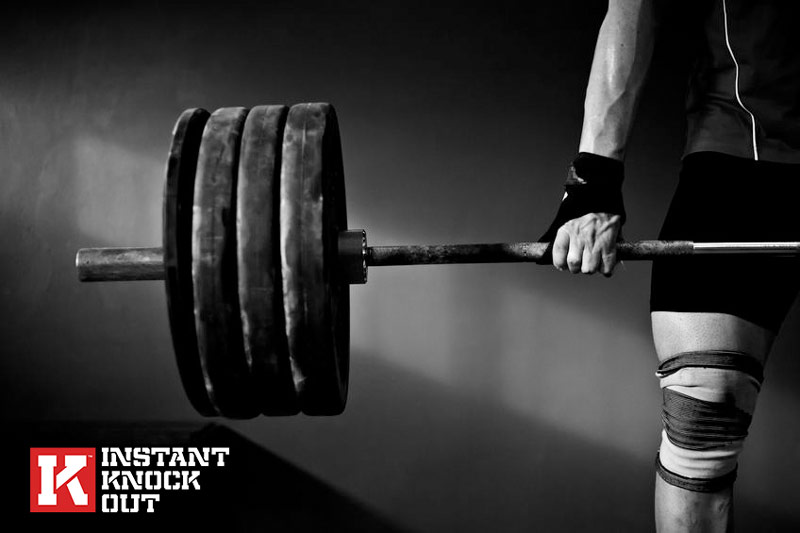 Anybody who has seen an MMA contest knows that the sport demands a complete balance of athleticism.

In order to make it to the top, fighters must be able to dominate inside the cage. Overcoming their opponents with a killer combination of superior skill, conditioning and strength.

Fighters work hard all year round to build a body of steel. One that can over power any obstacle on fight night, no matter how tough.

Developing a solid foundation of strength that allows them apply bone crushing pressure on the ground, battle in the clinch and force spectacular finishes on the feet.

Therefore, strength training plays an important part in the life of any elite level fighter.

In this article we will look at:

Training for strength isn’t your stereotypical bodybuilding split routine. Instead of size and hypertrophy, it focuses on developing and unleashing the power potential of muscle groups.

For optimal rewards, many successful programs employ the use of core compound movements. Typically the three kings of strength are the deadlift, squat and bench press.

To achieve these results, strength training programs focus on lower rep ranges with higher load. The optimal rep range for building sheer strength is between 3-9 (1), with 1 rep being a 100% intensity lift (1RM).

Current guidelines state that to unlock the athletes full potential they should work at a rate of >85% of their 1RM. Therefore the rep ranges should be as follows:

Plus, working to failure in a full body strength building aspect will leave a fighter wrecked and unable to perform. Because unlike bodybuilders, fighters can’t rest individual body parts for days at a time.

Also, because of the need to recruit high amounts of muscle fibres, the central nervous system is placed under extreme stress during heavy lifting. Pushing the CNS repeatedly to it’s limits by working to failure will eventually lead to burn out.

Supplemental strength training should never leave a fighter unable to perform in technical practice. After all, a combatant with far superior technique and timing will nearly always out manoeuvre a stronger, less skilled opponent.

Therefore, work within the specified work/rep range and take a full 3-5 minutes to recover from each set. Recovery is king in the strength game, as the aim here isn’t to exhaust the muscle, it’s to repeatedly test and adapt it.

Tip: Take time to fully recover between sets and try to avoid working until failure.

As mentioned before, the power of compound movements should not be under estimated. They’re primal, raw and engage large parts of the body. When you put it that way, they sound just like a blazing exchange in the middle of the octagon.

These core exercises are also known as functional movements. Meaning they have application to real life events which humans commonly face. This is especially true in a fight, where competitors are required to use their whole bodies to lift, push and pull their way to victory.

For example, the hip hinge is a powerful motion that could result in a fighter scoring a round winning takedown from the fence. Alternatively, the potential for power built in the squat rack could make the difference between a fight ending kick or a glancing blow.

Each exercise in this workout has been chosen specifically for it’s possible applications in an actual contest. After all, with the limited time professional fighters possess between technical sessions and sparring, their availability and remaining energy should be used optimally.

But, being sport specific doesn’t make this workout exclusive to just martial artists. It’s use of compound movements and overall body development means anybody with strength and fat loss goals can tap into it.

In fact, lifting heavy in this way promotes Excess Post-Exercise Oxygen Consumption, also know as EPOC. This advantageous process is great for keeping fighters weight-class ready, as it torches calories even after the workout has ended.

Trap bar deadlifts (aka hex bar deadlifts) place less stress on the spine than the traditional straight bar. So, it’s a great tool for fighters who punish their lumbar section enough in intense grappling workouts and wrestling practices.

Another choice for using the trap bar is that it has been proven to be a more effective exercise than it’s straight barred sister.

According to the Swinton study (2); “Across the submaximal loads, significantly greater peak force, peak velocity and peak power values were produced during the HBD compared to during the SBD.”

Finally, the deadlift is one of the most effective lifts for building over all body strength, especially in the posterior chain.

This movement will help a fighter unleash superior strength in their glutes, lumbar erectors, hamstrings, core and grip. All of which are key components in fight ending finishing power.

Zercher squats are a variation that creates a perfect counterbalance in the hip hinge. Unlike the traditional back squat, the zercher is front loading, which helps assist the hinge and places less stress on the lower back.

Also, because of the position of the bar, this chosen method helps replicate the challenges faced inside the octagon. A fighters opponent will typically be positioned in front of them, especially whilst wrestling for dominant position.

By handling the bar in this way, mixed martial artists can significantly improve their strength inside the clinch. This is especially true in lifting a driving an opponent whilst stuffing a strong takedown.

Alternatively, by developing unanswerable power in the shoulders, hips and quads, the fighter will possess incredible penetrating force of their own. As we all know, being able to land a takedown at will can not only alter a round, but it can also change the whole fight.

Bret Contreras PhD was the first modern coach to shed light on the awesome potential of the hip thrust. Studying the movement in depth on his way to earning to earning a PhD in Sports Science from AUT University.

Known as ‘The Glute Guy’, Bret says; “The horizontal nature of the hip thrust may mean that it carries over well to horizontally-oriented activities, such as pushing or sprinting.”(3)

As MMA is an explosive sport carried out on a horizontal plane, hip thrusts are a match made in strength building heaven.

All of the best fighters possess the power ability to blitz into their unsuspecting opponents, and power through their defence.

Therefore, as a prospective MMA champion, the hip thrust should be an essential part of your muscle power building toolbox.

The prowler push is undeniably one of the most effective tools in building leg drive, power and endurance. Something vital when shooting for double-legs and wrestling against the cage.

So, it’s no surprise that you’ll find it in strength training programs of fighters and athletes across the entire planet.  The entire movement is the epitome of useful functional fitness.

The prowler teaches a fighter all about how to set their body for maximum force delivery. Through feel and constant feedback they will learn how to set their hips, levers and core in a position that makes them as strong as a bull.

In this exercise your body will have to fight the effects of gravity and your own leg strength to stay solid and stable. Therefore, the prowler push provides a killer workout for a fighters core, hips and torso.

Fighters spend a whole lot of time literally pushing throughout their career. Whether it be throwing a punishing overhand right, creating space for a headkick or battling for double under-hooks to set up a trip.

In order to help combat imbalances in their body, a good strength program should also include elements of pulling in the upper body. That’s why this workout uses the prowler rope pull. That and it’s a damn hard feat of functional strength.

Pulling a heavy weight with a thick rope primarily works the whole upper body. Calling upon the core, posterior chain, biceps, triceps, and especially the forearms, to fight friction and keep the load moving.

The key to success in the rope pull is to use long fast hand strides to keep the sucker moving. Once momentum is lost, it’s a whole lot tougher to work the prowler back up to speed.

For a real test of grit and grip strength, opt in for a fatter rope. Not being able to wrap your hand completely around the circumference will place extra emphasis on engaging your forearms.

We’d recommend this variation for grappling specialists who want to achieve a vice-like grip.

The rear naked choke is one of the most high percentage submissions in all of MMA. Not only is the fighter applying the choke in the most superior of all positions, but their opponent must tap out or face falling into unconsciousness.

Sometimes the deciding factor in finishing a fight is who wants it more. Well, more specifically, who has earned it. By replicating the isometric hold of a RNC on a medicine ball, a future champ can earn a squeeze enviable to a python.

Not only will this move help develop lethal strength, but you will also become more resilient to lactic acid burn. Never again should you have to let victory slip from your grasp due to sub-par conditioning.

As the weeks progress, so too can the length of time you hold the med ball. For this finisher exercise rest how you feel within reason.

At the end of the day, submission opportunities can appear at any stage of the fight. Therefore, sometimes you’ll never know when you have the opportunity to pull this off for real.

This workout should be carried out once or twice a week as an accessory to technical training and conditioning. Remember, more isn’t always better when it comes to taxing strength sessions. Trust in the process and rest up for your next return to the iron house.

We also suggest you employ linear periodization to your program. Simply put, gradually progress and increase your load capability over a set period. Eight to twelve weeks is a standard optimal time, adding small amounts of weight each week.

However, some martial artists fight more frequently than others, and must allow enough time for their body to deload from the stress of heavy lifting. This way they can perform at their absolute best in the cage, free from the tiredness or DOMS of a heavy session.

Do the work, listen to your body and it’ll take you to victory. 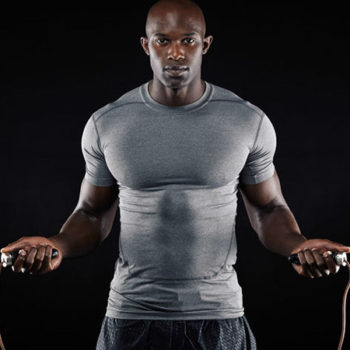 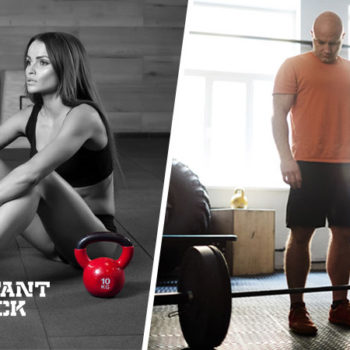 7 Day Workout Plan to Get Ripped 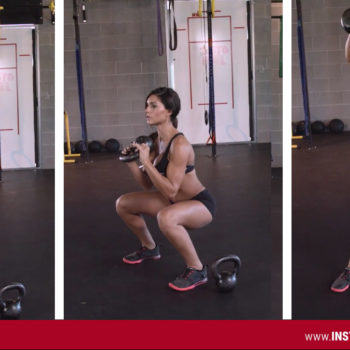 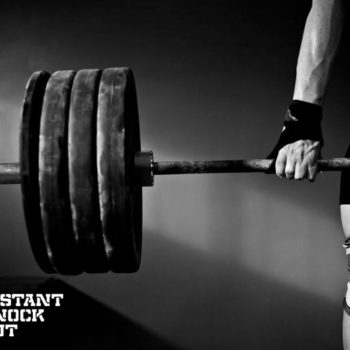