Going hard on a weight cut or making the decision to commit to full-on fat shred is a tough one. Without the right nutrition and training plan you’re bound to find the journey difficult.

Get the nutrition right though and the mission will be as smooth as you could wish for. Your progress will be quicker and you’ll cruise towards your goals effortlessly.

In this article we look at how combining two established thermogenic fat loss nutrients – capsaicin and green tea extract – can ramp up your progress and help you achieve that toned, athletic frame you deserve.

The most important aspect of weight loss is to reign in your calories.

By restricting energy intake you force your body to ‘liberate’ your fat cells, and empty out excess fatty acids to make up for the energy deficit that you’re in.

What you might not know though is that there are some foods that can directly increase your metabolic rate that work alongside your calorie count.

Known as thermogenics, these foods increase how much energy you expend each day, helping to boost your energy expenditure.

They do this by increasing core body temperature.

The process of thermogenesis is completely natural and happens continuously in your body every single minute. Even now as you read this, hundreds of enzymatic reaction are taking place in order to regulate energy production and maintain brain metabolism via thermogenesis – just not quite enough to tap into those fat stores.

What are Capsaicin and Green Tea Extract?

Although both green tea and capsaicin are classed as thermogenic nutrients, they come from completely different sources.

Capsaicin is the main bioactive chemical found in chili peppers. It is responsible for the heat and spiciness of the food, and is found in mild peppers such as bell pepper, right through to the scorching heat of scotch bonnets and Bhut jolokias.

As a form of capsaicinoid, capsaicin is responsible for neurogenic inflammation – when it comes into contact with your skin or mucus membranes it causes a irritant reaction that feels like burning.

Some people (referred to as chili heads) love the intense heat of peppers, and others just don’t.

It is taken in supplement form by many people who just don’t like the feeling of hot, spicy food and need a go-to alternative when looking at fat burner nutrients.

Green tea however is neither spicy, nor an irritant. It comes from the camillia sinensis – a plant high in polyphenols and organic chemical micronutrients.

This bitter-tasting beverage is high in fat burning nutrients such as vitamin B12 and zinc , but the thermogenic properties come from its caffeine and catechin content.

Both nutrients are potent fat burners

The research is pretty conclusive when it comes to how effective capsaicin and green tea is for weight loss. You can see why they form the backbone of many a successful fat burner supplement.

For example, capsaicin has been shown to ramp up fat loss not only by elevating thermogenesis, but by direct fat oxidation too. Studies show that even on its own it can elevate fat burning to significant levels [1].

Green tea supports healthy weight loss in a number of ways. These include:

It has been seen to lead to significant reductions in body mass, belly fat and waist circumference in both short-term and long-term studies [2].

Although these nutrient compounds are effective thermogenics in their own right, combining both chilli extract and the leaf of the camellia sinensis plant can result in one hugely supercharged fat burner.

And this is backed up by research too.

Study 1: Fat loss seen in as little as two weeks in men and women

A study published in the Journal of Nutritional Science and Vitaminology [3] found that taking a regular health supplement containing both of the nutrients led to significant fat loss in as little as 2 weeks.

In the study, a group of healthy adults were given a pill containing 0.4 mg of capsaicin and 625 mg of green tea extract.

The volunteers were instructed to follow their normal diet and exercise routines (as a way of attributing any changes in body composition to the supplement, and not other interventions).

And the outcome was astonishing.

In this study based at the Laboratory of Applied Phsyiology at Kyoto University in Japan [4], researchers recruited a group of men to examine the effects of green tea and capsaicin on sympathetic nervous system activity (a marker of energy expenditure and thermogenesis).

The volunteers ingested the fast burning supplement and then had their heart rate variability (a measure of nervous system activity that measures the time period between heart beats) recorded over a 1.5 hour period.

The results indicated some promising findings…

Lastly, a group of 50 overweight women were recruited for a study into the role of dietary supplements on weight loss, body mass index (BMI) and various markers of metabolic profile [5].

For a period of 8 weeks, half of the women were asked to take a supplement containing 125 mg green tea and 25 mg capsaicin and he other half were given a placebo which looked the same but contained no bioactive ingredients.

Regardless of whether the pill contained thermogenic ingredients or not, the women were instructed to take 2 tablets with lunch and another two with dinner each day.

If you really want to change your body for the better you need to combine two of the most potent thermogenics around – capsaicin and green tea.

Do this and you’ll attack fat from every angle. You’ll leave no stone unturned as you chisel out your abs, hit your target weight or trim your muscle for a more defined and athletic physique. 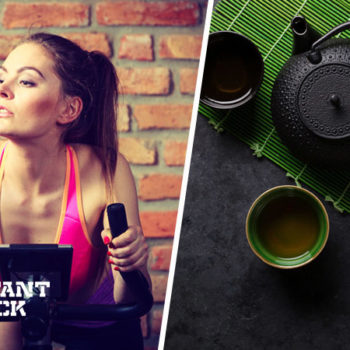 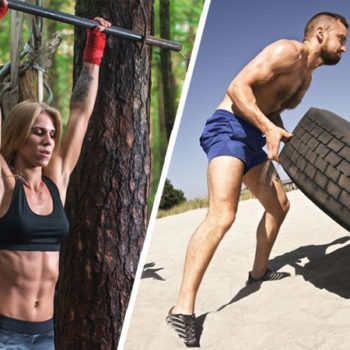 7 Fitness and Weight Loss Trends for 2017