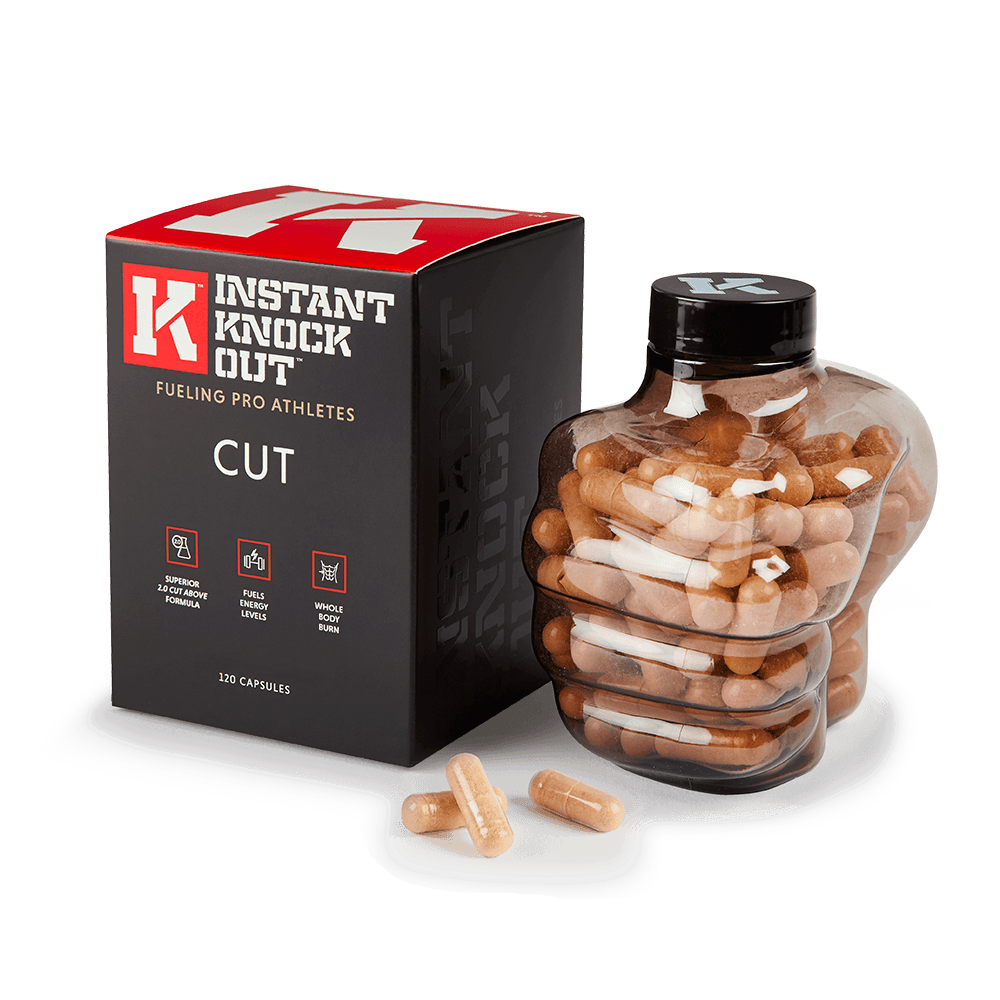 Don’t take our word for it. Since 2014, Instant Knockout products have been THE choice for elite professional athletes. They use Instant Knockout Cut to stay at the top of their game and dominate the competition.

Getting to the top takes determination, training, exceptional nutrition and energy. That’s why they use Instant Knockout to get motivated and gain an extra edge. Find out how Instant Knockout has helped them fulfil their potential and defy all expectations.

Read their stories below.

Diego Sanchez is an MMA legend who originally competed as a Welterweight, Lightweight and Middleweight. After suffering injury setbacks, he set a goal to revamp his career and get back to his best in the Featherweight Division. In order to get shredded and meet his weight loss targets, he turned to Instant Knockout Cut.

The results speak for themselves. Diego Sanchez cut from 190lbs to 145lbs. Using Instant Knockout Cut, he managed to lose the first 25lbs in just 5 weeks. Diego is one of the most recognized names in the history of MMA and is constantly looking for new techniques to bring his vision of success to life. That’s why he chooses Instant Knockout.

One of the most recognized names in MMA history, with a career stretching back nearly 20 years, Diego Sanchez was destined to be a fighter. Starting as early as 9 years old, Diego began his training with karate, and had his first taste of martial arts.

Diego later took his physical talents to both wrestling and football, taking gold at the New Mexico State Wrestling Championship as a senior. Two years later, he attracted the eye of legendary MMA coach Greg Jackson and started his training.

First came the Welterweight King of the cage, which Diego won 11-0. Next came a shot at breaking into the UFC. Under Randy Couture and Chuck Liddell’s coaching, Diego was crowned Middleweight Champion in 2005 and has never looked back.

Diego has won multiple ‘Fight of the Year’ awards through his career, has one of the highest win records in UFC and has fought at several weight classes (thanks to Instant Knockout). He is a UFC Hall of Fame inductee and champion in multiple promotions.

To this day, Diego Sanchez remains to this day one of the most respected competitors in all of MMA.

Greg Jackson is an MMA coach with over 25 years experience of doing one thing: training champions to win. He knows that it takes hard work and dedication to cut before a fight, and real discipline to use the right nutrition to be a success. That’s why he recommends Instant Knockout.

Greg knows that controlling weight and building muscle mass for a big fight is no easy task. To win consistently in the octagon, you need to be in fantastic shape, and our products have helped him and his athletes get ahead of the competition.

Renowned for being the #1 MMA coach in the world, Greg Jackson is part of the reason why the sport has exploded in popularity. He developed his Gaidojutsu Fighting System in 1992 at the age of just 17, showing he was destined for big things in MMA.

After 8 years on the scene, he recruited famed striking coach Mike Winklejohn and together they made the Jackson-Wink MMA Academy, the ‘Mecca of MMA’ and go to academy for any prospective future MMA champion.

The school's training is rooted in kickboxing, wrestling and judo which has turned out to be a recipe for success. Greg has trained some of the biggest names to ever grace the octagon, including George St. Pierre, Jon Jones, Holly Holm and many more.

Greg is a multiple ‘Coach of the Year Award’ winner and his MMA schools have also won several 'World MMA Awards'. He has trained several champions and is also a published author, releasing two instructional books. Greg’s is an MMA legend and he chooses Instant Knockout for his athletes.